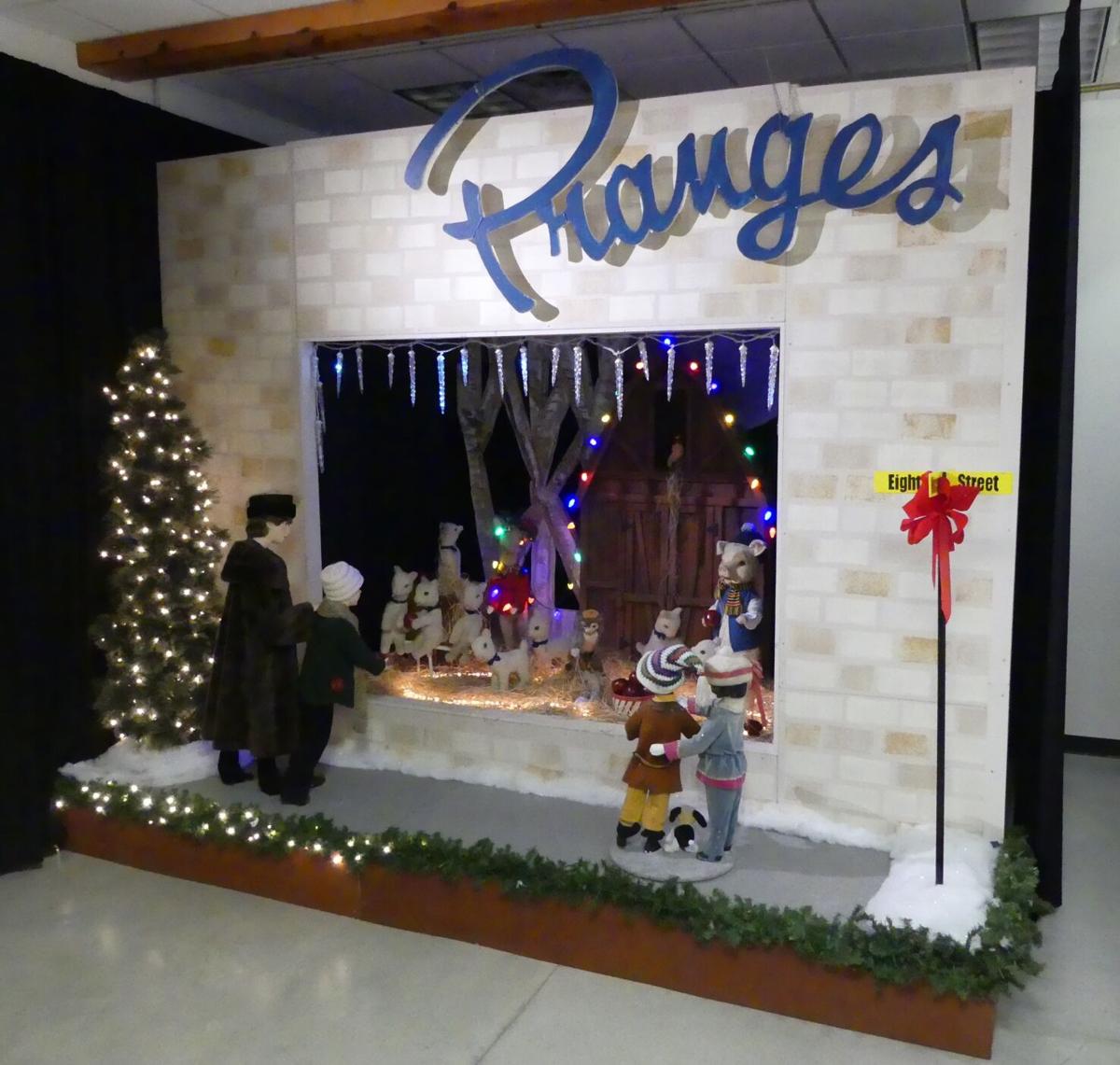 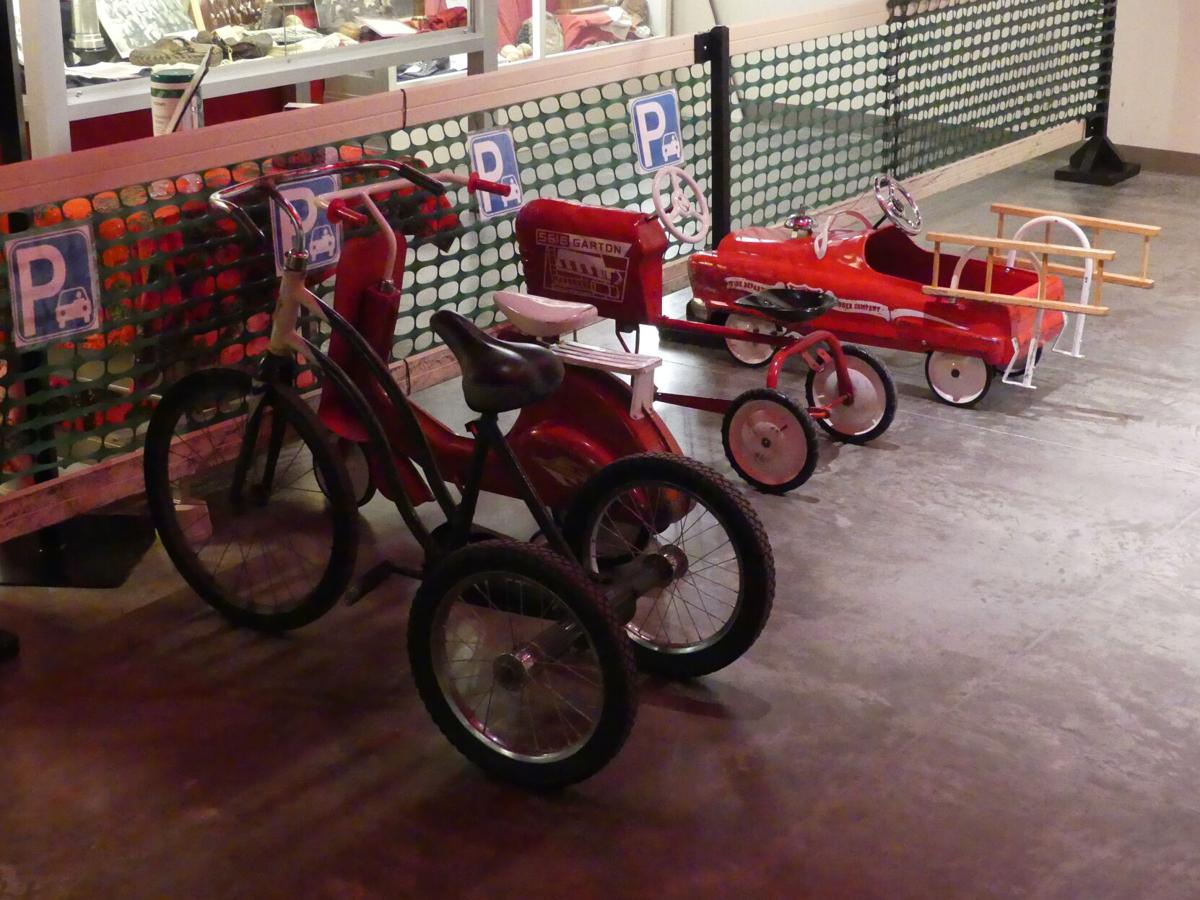 Vintage bikes and pedal cars from the Garton Toy Company 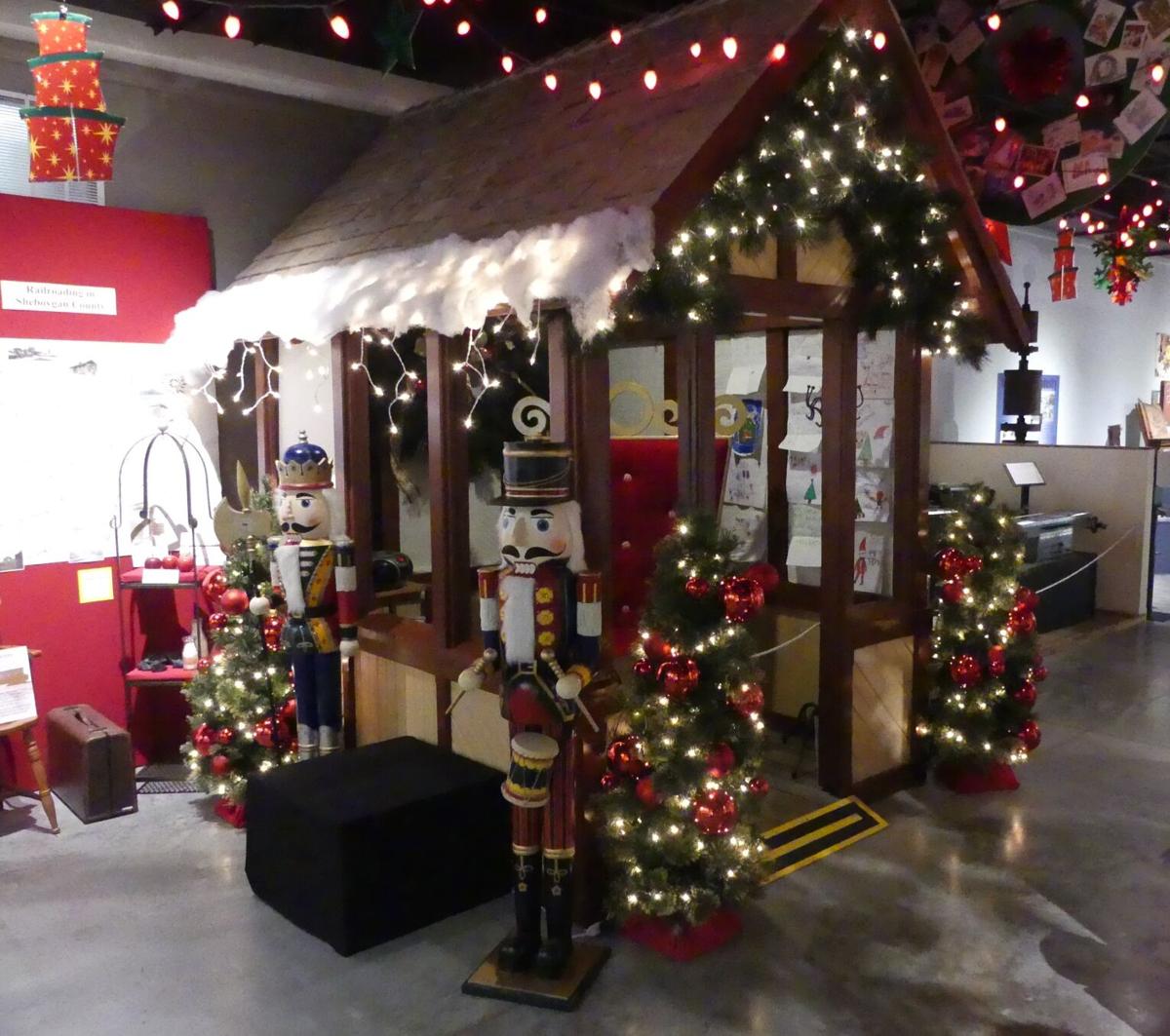 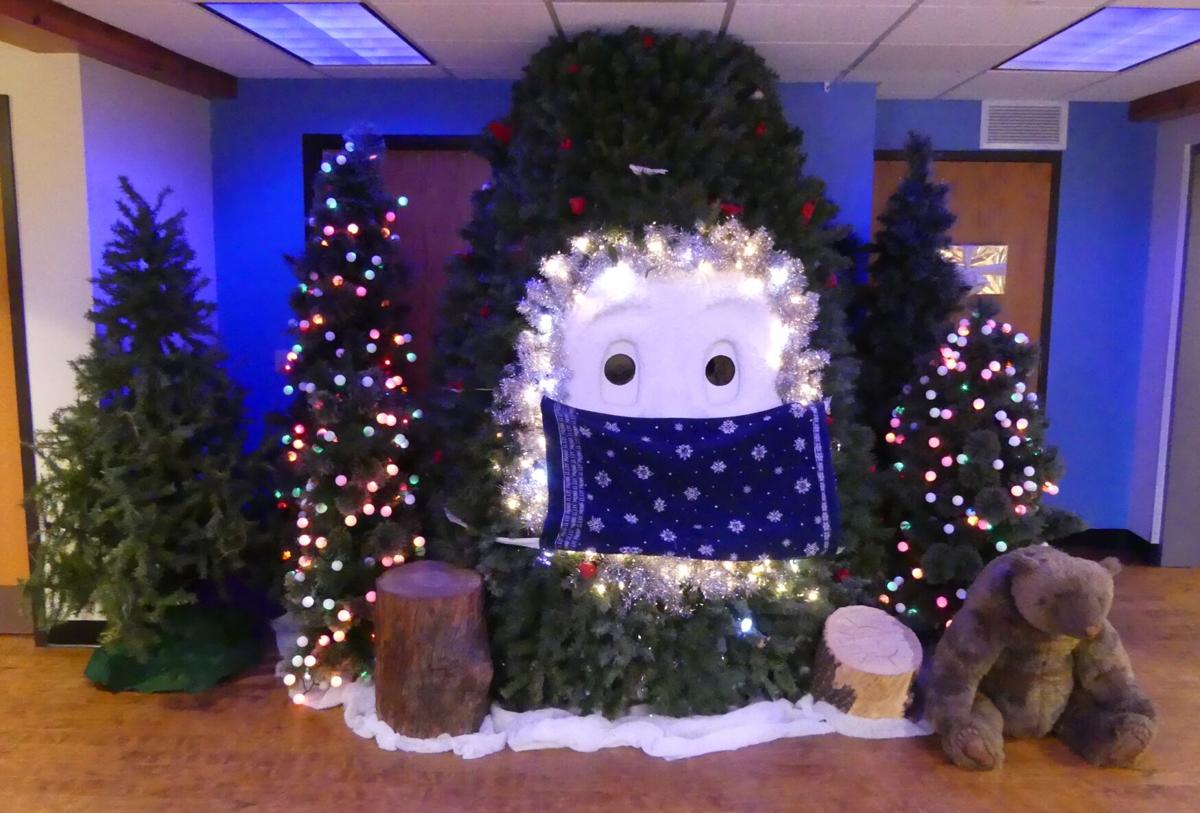 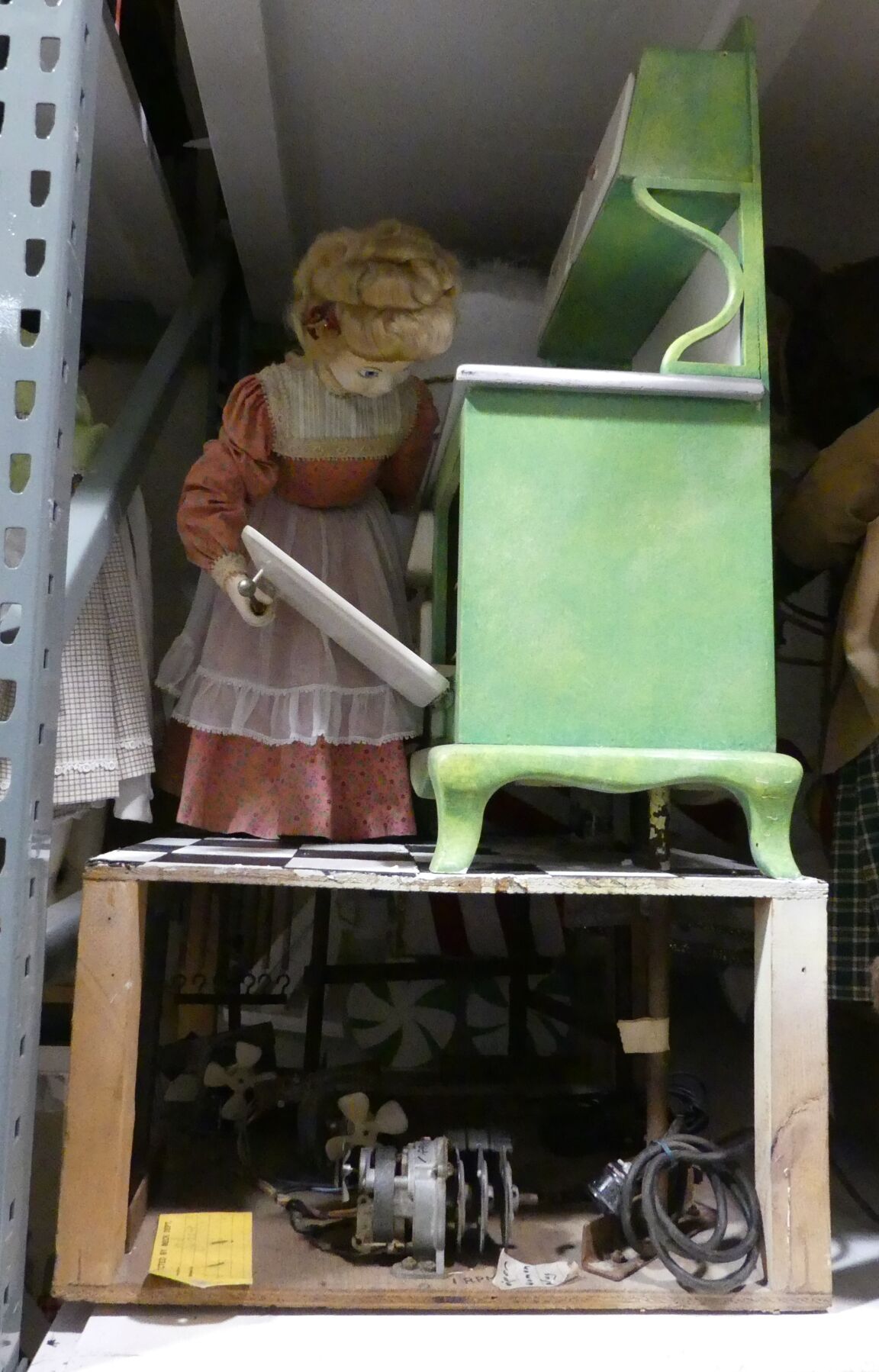 The mechanics underneath the animated characters 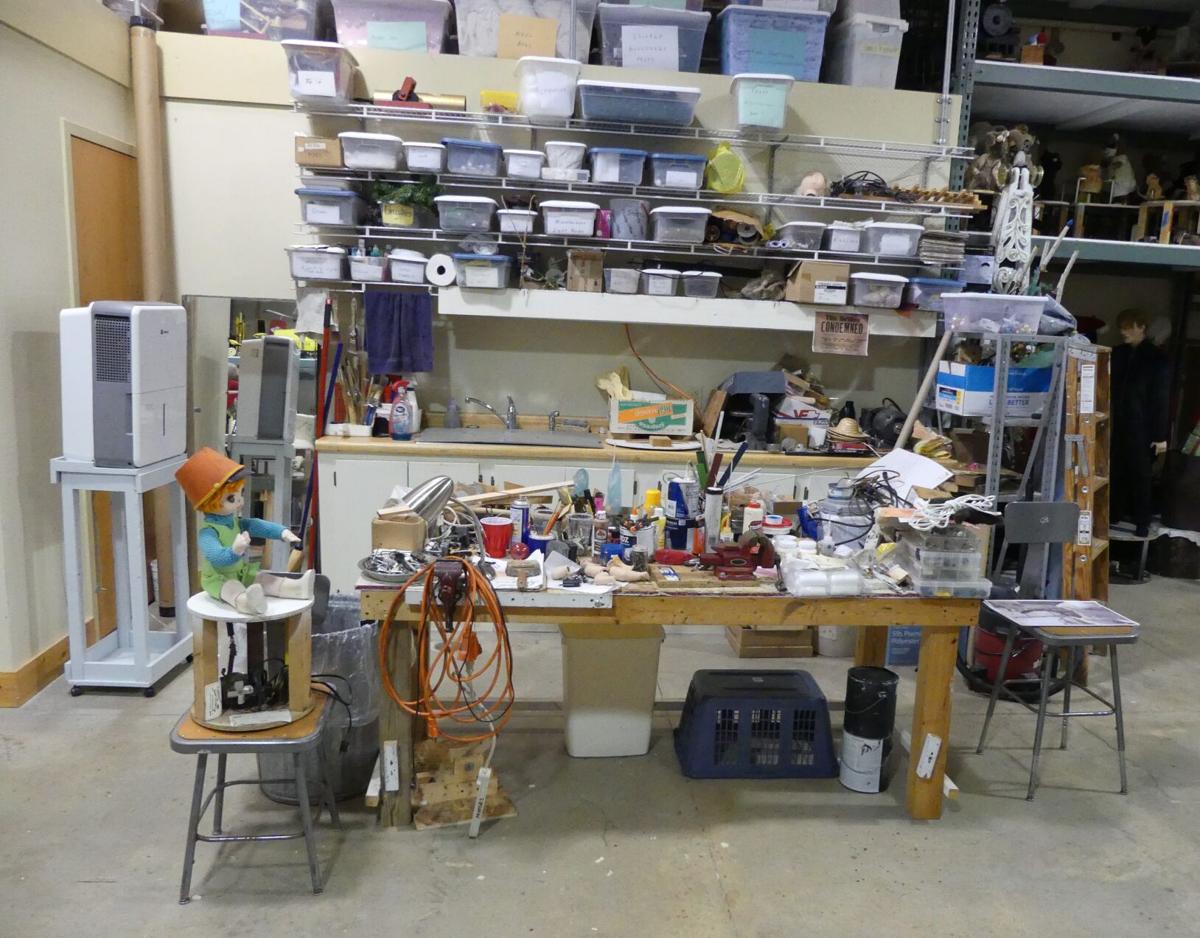 The workspace where many of the repairs take place

SHEBOYGAN – The Sheboygan County Historical Society and Museum’s “Holiday Memories” has been a local tradition since it began as “Christmas Memories” in 1990, but the history behind the exhibit’s detailed displays and cherished animated characters goes back much further.

The most popular pieces in “Holiday Memories” are department store displays dating from the late-1930s to the 1960s. These elaborate set pieces contain mechanized characters that give life to the holiday-themed scenes.

Department stores began using these elaborate holiday displays in the 1920s. In Sheboygan, it was the H.C. Prange store downtown that introduced locals to the wonders of animated displays. These included Christmas City, Santa’s Workshop, the Doll’s Christmas and Storybook Land.

When the original Prange’s store was closed after a water main break in the 1980s, several of the displays were later used at a new but smaller Prange’s downtown. The Sheboygan-based chain was later sold to Younkers before being rebranded as Boston Store, where the Prange’s displays were last used before being acquired by the museum.

The massive haul yielded 70 animated pieces and 50 additional set pieces, along with countless other items used in the displays. The collection included Bruce the Spruce, the beloved talking tree that greets visitors to “Holiday Memories.”

The Boston Store acquisition was what put “Holiday Memories” over the top, but there were several others that were instrumental to the exhibit’s success, including acquisitions from Younkers in 2001 and private collector Georgia Rankin a few years later.

Gross is grateful for collectors such as Rankin, who kept these pieces alive when others would have thrown them away. He also expressed gratitude for the many volunteers who have made “Holiday Memories” what it is today.

This year’s exhibit is the last to feature the work of long-time designer Bernie Markevitch, who passed away in late 2020. Since last year’s “Holiday Memories” was cancelled due to Covid-19, Markevitch’s final design from 2020 has new life in 2021.

Gross said the 2021 exhibit is “a nice send-off to Bernie,” but insisted that Markevitch’s artistic signature will remain with “Holiday Memories.” “He’s going to influence it for years to come. His creative genius was off the charts.”

Another key figure in the success of “Holiday Memories” is Dan Worth, the technical wizard who makes sure all of the animated characters stay animated. With hundreds of characters and moving parts, this is no easy task.

Gross said it is important to represent the animated pieces as they were meant to be seen, which is moving. “If we are going to advertise Prange’s animation, we want the pieces working. We’re not changing its historical value by putting a new motor in it.”

Even though the animated pieces may occasionally require a new mechanical part, Gross said Worth will go out of his way to repair a part before replacing it. He is successful the vast majority of the time.

Work on the pieces goes on all year, according to Gross. This is also true for the preparation that goes into “Holiday Memories.” Since approximately 60 out of the museum’s 300 animated pieces are used each year, the exhibits are always rotating. This takes a lot of planning, which is why the layout is already being discussed for next year’s exhibit, according to Gross.

Once a plan is in place, setup takes about three weeks. It starts around Nov. 1 and finishes before “Holiday Memories” opens the day after Thanksgiving, which was Nov. 26 this year. The earlier “Christmas Memories” originally ran nine days, but the current exhibit runs from Nov. 26-Dec. 30, closing only on Dec. 24 and 25.

The early start date not only gives people more days to enjoy “Holiday Memories,” it is also an homage to the original Prange’s window displays, which debuted on Thanksgiving Day each year. “It was a tradition for families to go to Prange’s the night of Thanksgiving,” said Gross. He hopes the vintage displays at “Holiday Memories” will keep that tradition going.

While “Holiday Memories” is well-known for its animated displays, there are many other features that make the yearly celebration special. The museum’s main building contains the Garton Toy Corral, which features vintage toys from the former Sheboygan manufacturer. Children are even invited to ride some of the collection’s pedal cars.

Kids will also have a chance to meet with Santa, who is portrayed by Ed Henning, a Prange’s alumnus. Santa is available for gift requests approximately 100 hours each season, giving kids ample opportunity to submit their lists.

In addition to the main building exhibits, the David Taylor House and Weinhold Log Cabin are also part of the holiday festivities. The Taylor House, which was home to the first “Christmas Memories” in 1990, continues to show off its traditional holiday style, while the Weinhold Cabin will be decorated in the style befitting a rural German immigrant family in the mid-late 1800s.

“Holiday Memories” is open noon-7 p.m. Monday and Tuesday and noon-5 p.m. Wednesday-Sunday. The cost of admission is $9 for adults, $7 for seniors (62+) and active military, and $5 for children 6-17. Museum members and kids 5 and under get in free.