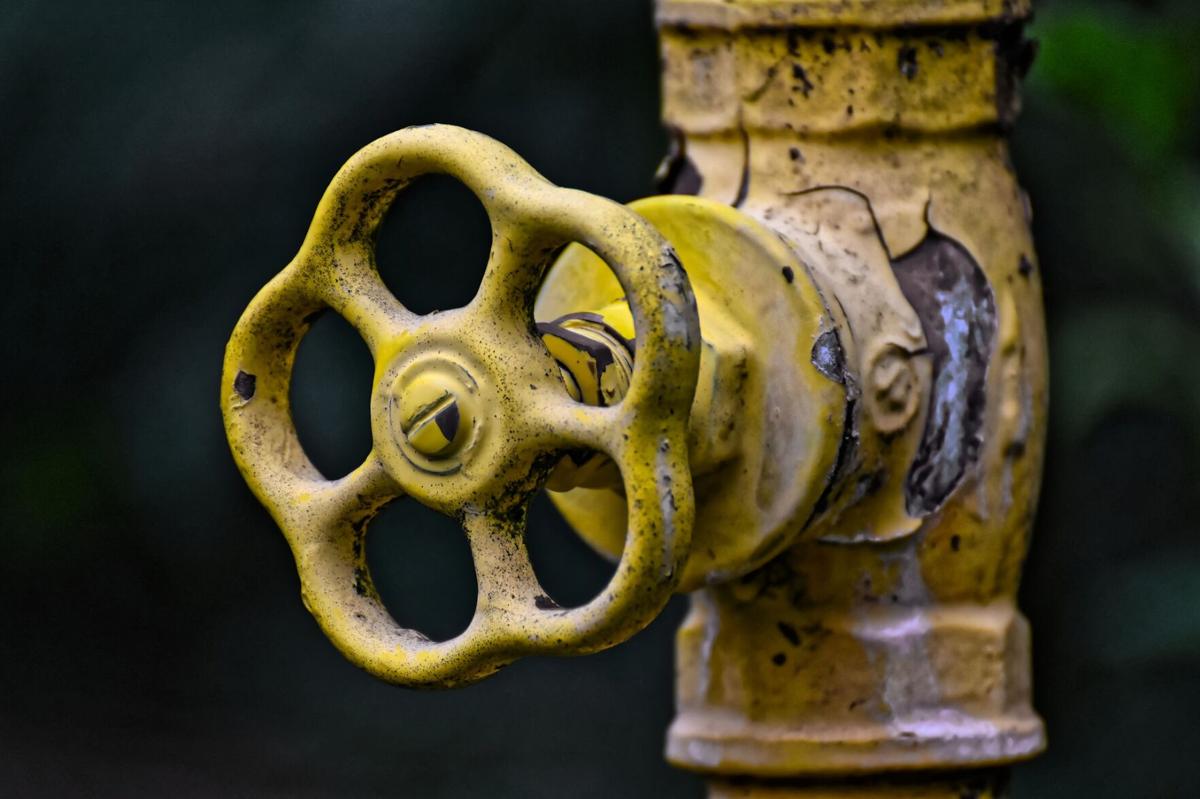 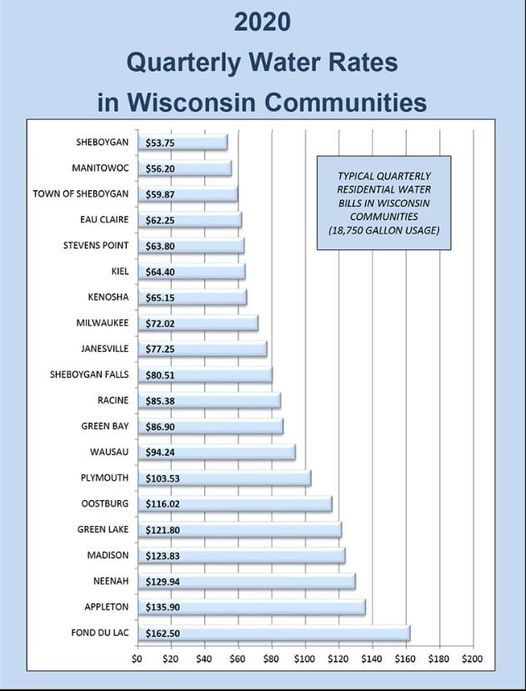 SHEBOYGAN — The City of Sheboygan announced on Sept. 30 that Sheboygan Water Utility will be implementing a water rate increase that will amount to $3.87 per quarter for a typical family household bill beginning in October.

Like any increase, the news stirred up some questions with city residents.

In case you missed it, here is our original story on the announcement:

What was used to determine how much of an increase that was needed per household?

Joe Trueblood, Superintendent for Sheboygan Water Utility, explained that the amount of increase is actually determined by the Wisconsin Public Service Commission that regulates public utilities in the state.

The increase, effective Oct. 1, will amount to $3.87 per quarter for an overall revenue increase of 9.6%.

"Local public utilities do not determine their own rates for water," he said in an email. "So, in our case, the actual expenses for things like electricity, natural gas and chemicals go into the rate model, including all sorts of other things like ongoing depreciation of capital investments, debt service on major projects, labor costs, and so on."

The Public Service Commission looks at revenues and expenses to determine fair rates.

"The Sheboygan Water Utility owns and operates over 200 miles of water main, thousands of fire hydrants and street valves, water towers and reservoirs, pumping stations, a major water treatment plant, and so on," Trueblood said. "The costs to operate and maintain all of these assets go into the rate model used by WI PSC."

What is the reason for the cost increase?

According to the release, the increase is necessary to offset ongoing expense increases that include the upcoming raw water improvements project.

The project will involve installing a new water intake pipeline into Lake Michigan that will terminate into a new shore well and pumping station. The current construction estimate for the project is set at $29 million.

The new infrastructure will replace pipes installed in 1909 and 1959.

"The Sheboygan Water Utility is poised to replace these pieces of critical infrastructure in the next few years," states a release from the City of Sheboygan. "Working with consulting engineers, the Water Utility has evaluated the feasibility of various ways to complete the replacements. During construction of replacements, the current systems must remain fully operational. Space is extremely limited at the Water Utility, unless expansion into the Vollrath Park area occurs. And the project financing must be spread over time to avoid large rate increases."

How were rates figured in the following graphic?

This graphic provided by the city comparing the rates of local cities also caused some confusion.

Trueblood explained that the costs in the graph reflect the typical average water consumption for a small family over three months (about 18,750 gallons).

"The Sheboygan Water Utility also bills for sanitary sewer and garbage/recycling fees in Sheboygan, so a typical bill received from the Utility includes those other components as well, which are all shown on the bill," he explained. "The rate increase only affected the water portion. The entire bill, including those other amounts, would be much more than just the water portion."

Have other questions you'd like us to look in to? Email reporter Tara Jones at tjones@wisconsinmediagroup.com.