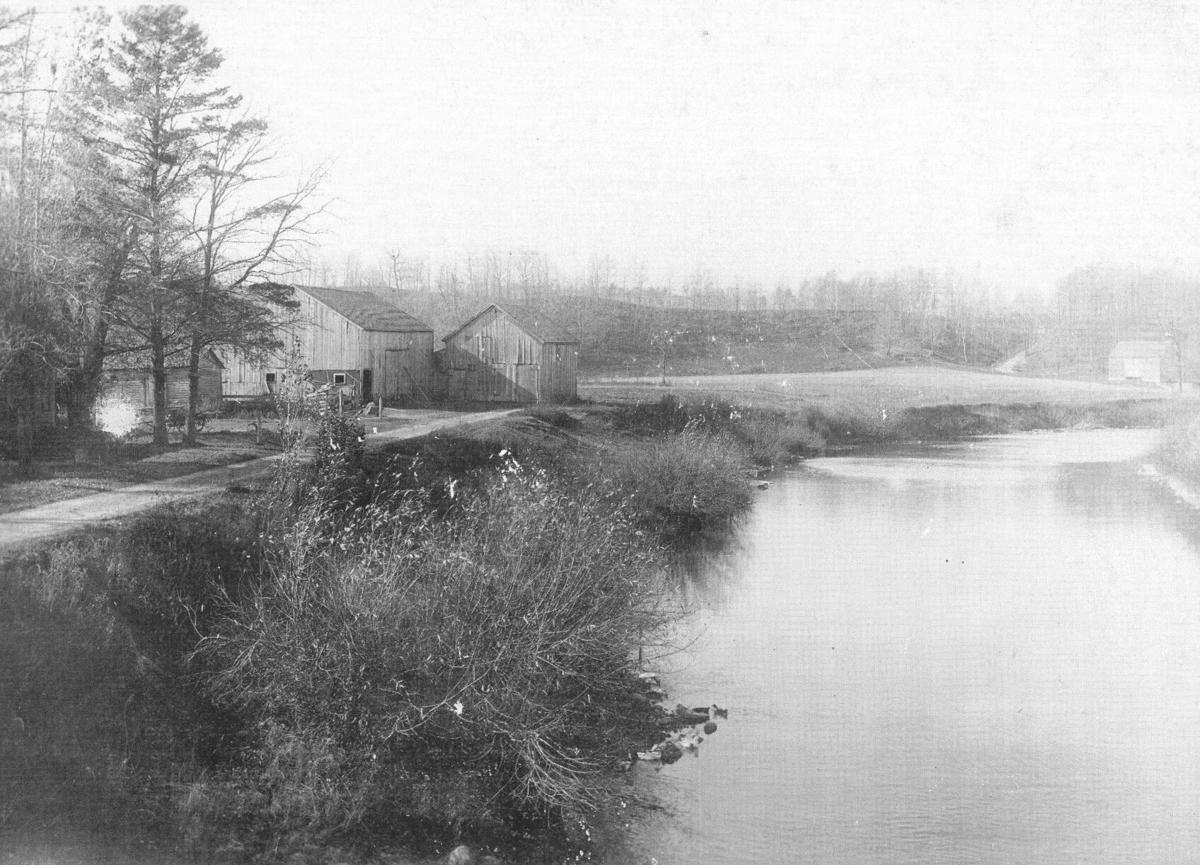 The Sam Ashby farm once sat on Lower Falls Road alongside the Sheboygan River.

Photos for this unusual landmark are few and far between, so this charcoal drawing of the bridge (above), done in 1891 by Emma Mahlendorf Meyer when she was taking art lessons as a child, is quite special. 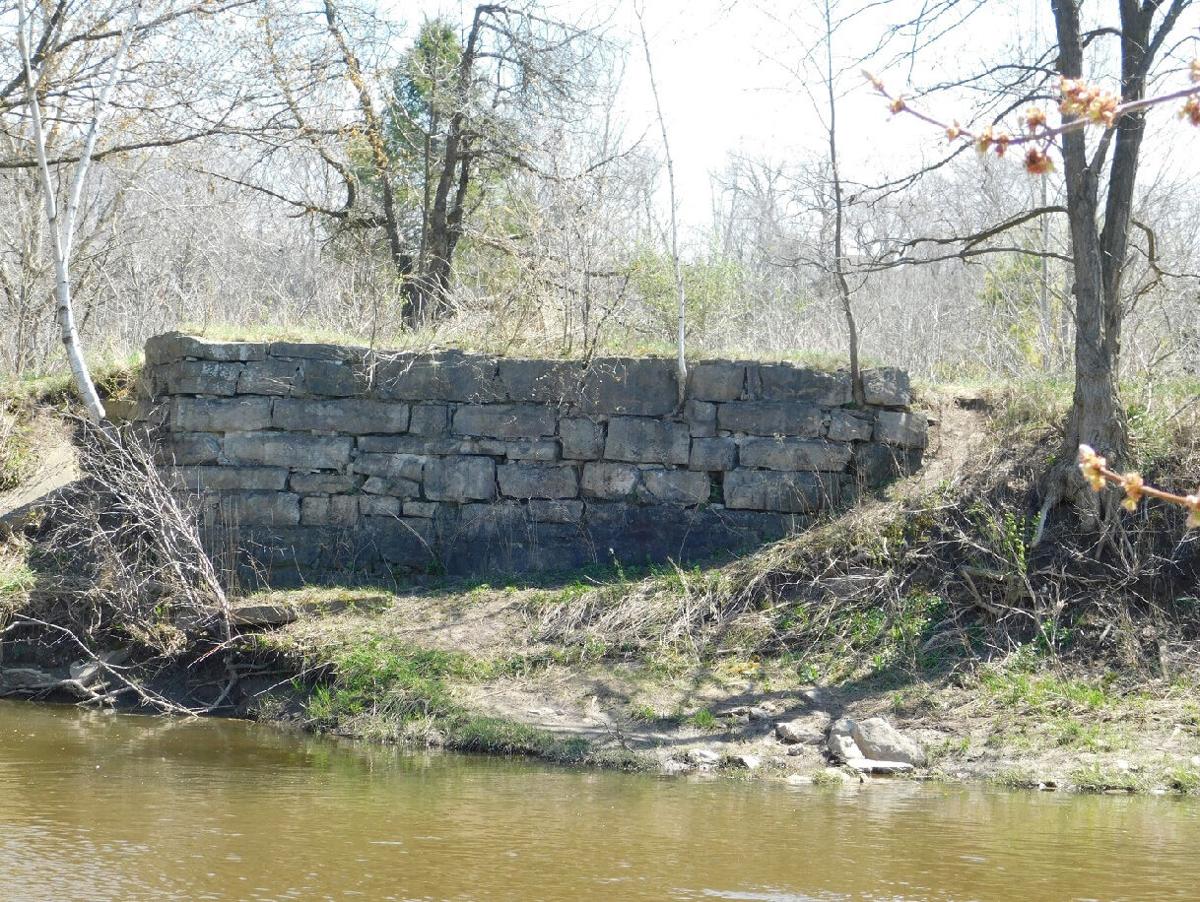 All that remains of Ashby’s covered bridge are a few stones which are located along the Sheboygan River near Esslingen Park. 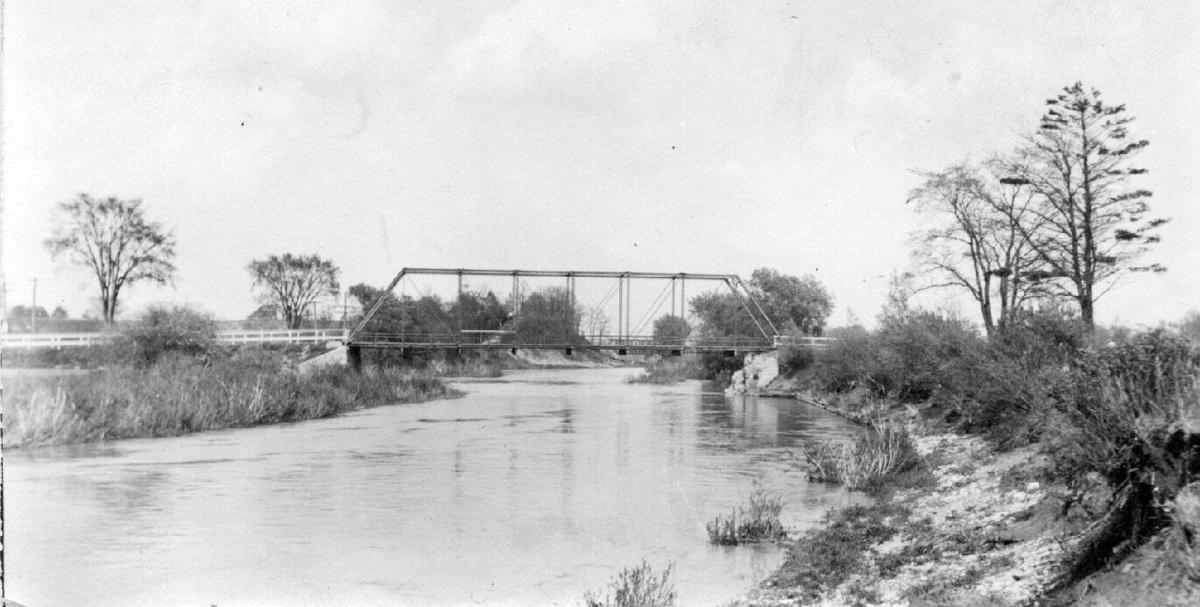 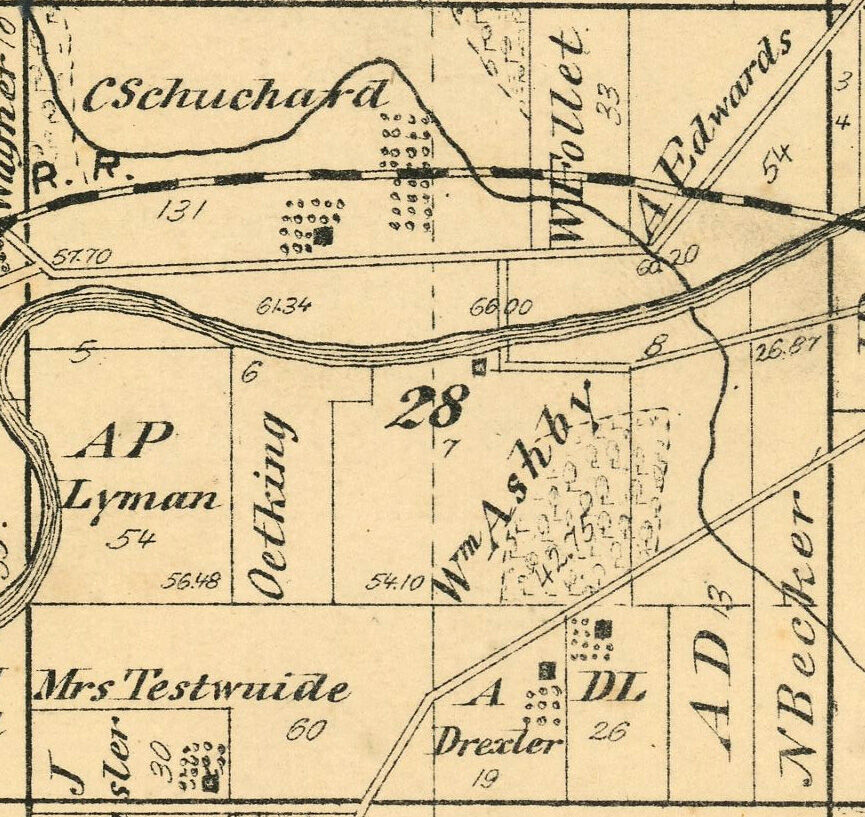 An 1875 section of a town of Sheboygan plat map showing the Ashby property and bridge in section 28.

Known locally as roads with death curves, the approaches to Ashby bridge were both 90-degree angles. It was advertised proudly and curiously as the only bridge built on a curve in the state of Wisconsin.

Built on the lower plank road, the wooden bridge crossed the river on a north-south axis perpendicular to the roads on each side of the river. This wasn't a problem for horses and carriages, but became an issue once cars arrived.

In 1874, the new bridge was built across the Sheboygan River west of Sheboygan on Sam Ashby’s land. Located along Lower Falls Road, the covered bridge crossed the river, just about the location of today’s Esslingen Park.

Contrary to popular belief, covered bridges were not built to give protection from the elements; they were covered to prevent horses and oxen from being frightened while crossing the bridge.

Drivers entering the bridge had to slow to a crawl, and since most didn’t, the bridge was the site of many horrible accidents.

In July of 1895, the old bridge was torn down and a new and improved iron bridge was open to traffic by October. Curiously, the approaches and access roads remained the same dangerous design.

Though easy and inexpensive to build, the iron bridge wasn’t long lasting. Besides the design flaws inherent to the style, it seems the numerous accidents also weakened the bridge structure to the point where it was dangerous.

A new concrete bridge, built in 1924, was situated east of the previous Ashby bridges. In the approach design, the curve was lessened, and lengthened which helped the accident issue a bit, but wasn’t until the next bridge was built in 1974, that the road was straightened.

The list of accidents at the Ashby bridge would fill pages. Some were serious, some were not, but they were all caused by bad design and too much speed. In 1916, a six passenger Overland auto turned turtle at one am Sunday morning after missing the Ashby bridge.

But so many accidents were horrific, especially in the 1950s and 1960s.

In June of 1959, Otto Albrecht was killed in a crash at the Ashby bridge.

In October of 1959 two brothers, Richard and James Reimer of Sheboygan were killed. Betty Jean Reimer, wife of James, also died later from injuries suffered in the accident.

It would still take years before the Ashby bridge curve was removed and driving made safer. Today, all that remains of Ashby’s covered bridge, are a few foundation stones clinging to the bank along the Sheboygan River.