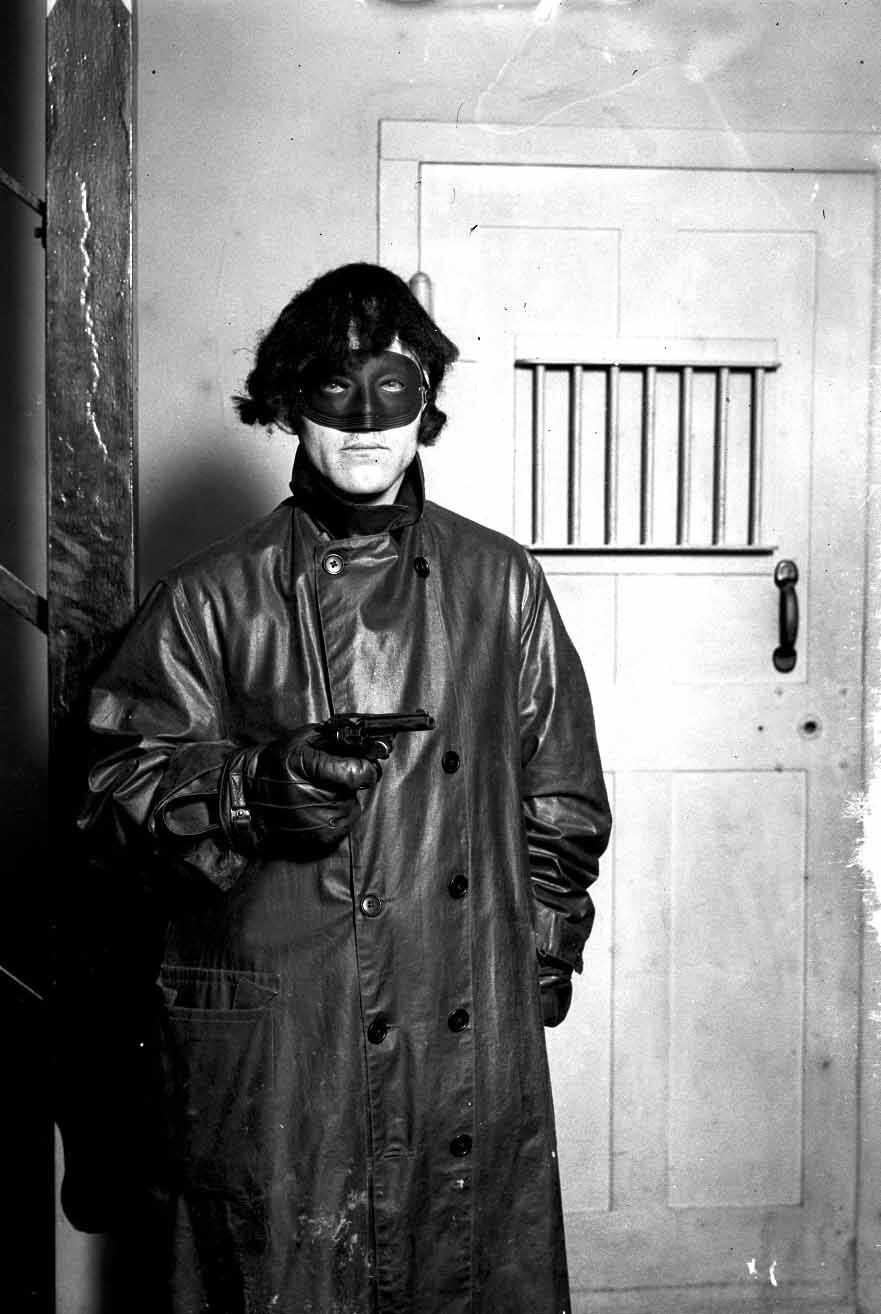 The Black Terror with his Lon Chaney make-up used during his crime spree of March 1929. 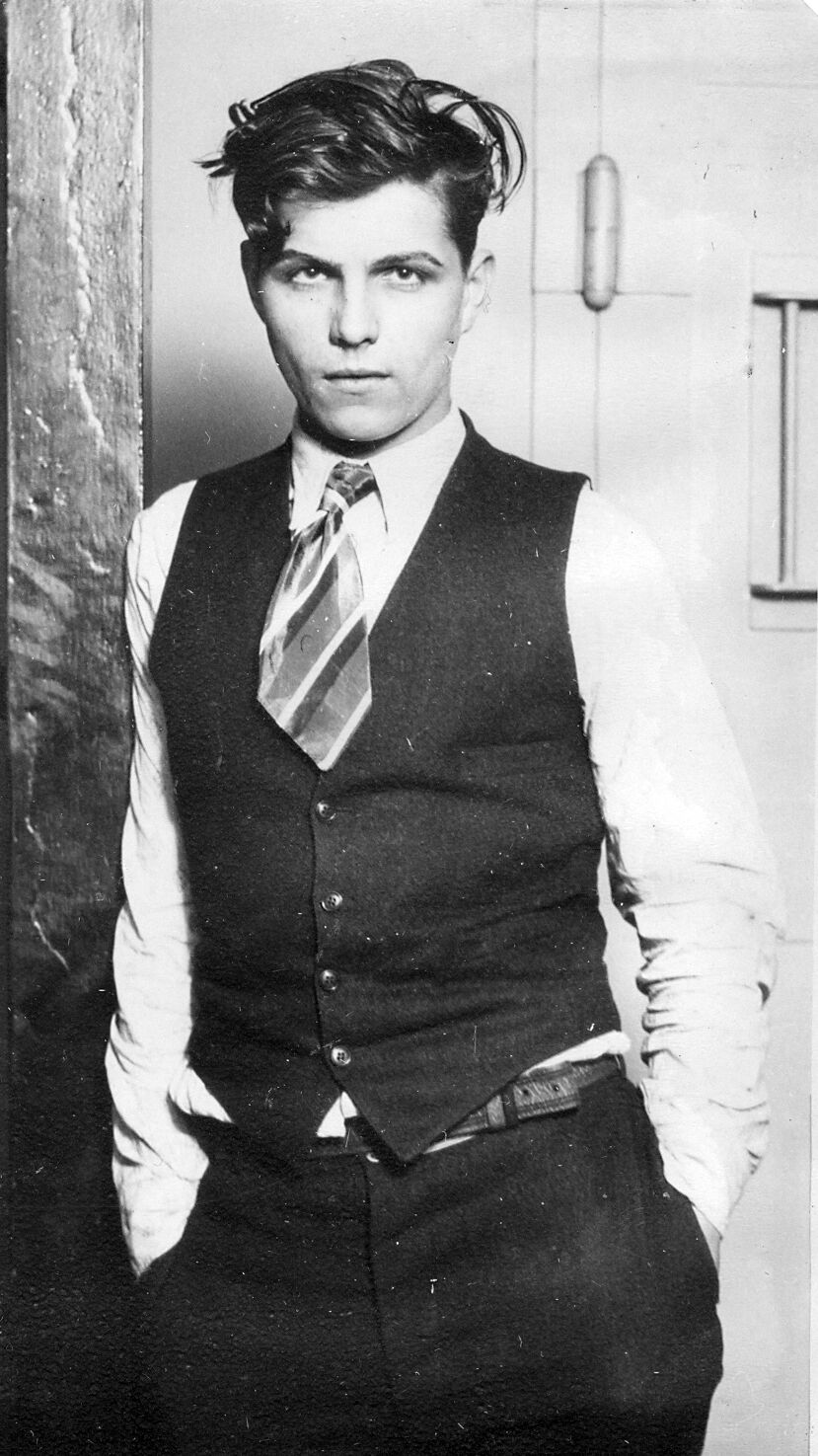 Stanley Golichnick whose alter ego was the wacky Black Terror.

SHEBOYGAN COUNTY — It seems that Sheboygan has had its share of odd crime and criminals lately, but the phenomenon is really nothing new.

In 1929, the Black Terror struck. Although, it sounds like some sort of contagious affliction, he was really a small-time criminal who made quite a name for himself in March of that year. In an era filled with check kiting, bank robbery, bootlegging, fraud, forgery, kidnapping, burglary and robbery, Sheboygan County could not remain untouched.

Events occurred within one week of each other beginning on March 2, 1929, when Golichnick wrote his first threatening letter to Mrs. Robert Glaeser. The nefarious memo was left at the Glaeser Photo Studio located at 8th and Jefferson in Sheboygan at 8:00 a.m.

Your daughter Dorothy is not safely at school as you suppose. My confederates have her in their hands since 11 p.m. yesterday. If you carry out these instructions no harm will come to her. As soon as you do what is demanded, I will send my pals a telegram to that effect. You are watched. Go to the bank at 10:00. Draw $500 in currency. On Eighth Street at noon I expect to the money to be put in the mailbox of the Coney Island Restaurant opposite the street car terminal depot. Do not inform the police. One suspicious move and your daughter dies. Be sure we are desperate. Scheming will bring remorse. $500 or else.

Imagine the Mrs. Glaeser’s fright. No texting or email to verify Dorothy’s safety.

In fact, according to the Sheboygan Press, Mrs. Glaeser’s daughter Dorothy “knew nothing of the extortion attempt, until informed after the letter was received.” Dorothy was living in Milwaukee, training at the State Teachers’ College there.

Golichnick also wrote a letter on March 8 to local businessman, Joe Baukauskas, threatening that he would destroy his business, unless he paid up.

A bad check was written and forged under the name Erwin Mohr in the amount of $50 with intent to injure and defraud the proprietor of The Travelers’ Inn, a soft drink parlor. The real Erwin Mohr knew nothing of the event.

On March 9 at the peak of his spree, Golichnick wrote a total of $120.00 in worthless checks. All were written to H.C. Prange Company, perhaps because Prange’s had a generous check cashing policy, and everyone knew it. All checks used the name Mrs. A. Imig, an upstanding citizen of the city, who was completely unaware of the crime.

Stanley Golichnick, a recent 1928 graduate of Sheboygan High School, was a man of strong words and much bluster, but fortunately little action. A classmate of his imaginary kidnapping victim, Miss Glaeser, he never did any actual physical harm to anyone.

Golichnick received his infamous name the “Black Terror” by the Sheboygan Press at the time of his capture on Sunday, March 10, by Detectives Paul Abrahams and Anton Hermann.

The Black Terror and his accomplice, James Ledden, were escorted to the Sheboygan County Jail after arrest and held on $3,000 bail each (slightly over $41,000 today). Charged with two counts of extortion and three charges of check forgery, Ledden was also charged with letting Golichnick use his car in return for receiving 20% of the money that was to be gained.

Ledden was tried in April, 1929, where he admitted to renting his car to Golichnick, but no more. Little evidence could be found of Ledden’s involvement except for the car.

Golichnick was rumored to be a thrill seeker yearning to be famous. A March 14, 1919 Sheboygan Press editorial signed, “One Who Cares” disputed the accusation that Stanley’s church upbringing caused his behavioral issues. The writer mentions that the lad’s parents did everything in their power to give their son a good education and upbringing, shedding light on Stanley’s troubled past.

Sadly, young Golichnick died at the age of 19 in 1931 at what is now University Hospital in Madison, Wisconsin. He is buried in Greendale Cemetery. If not exactly famous, Stanley has certainly given us an interesting read.

History Uncovered: The real story of the Otten Block