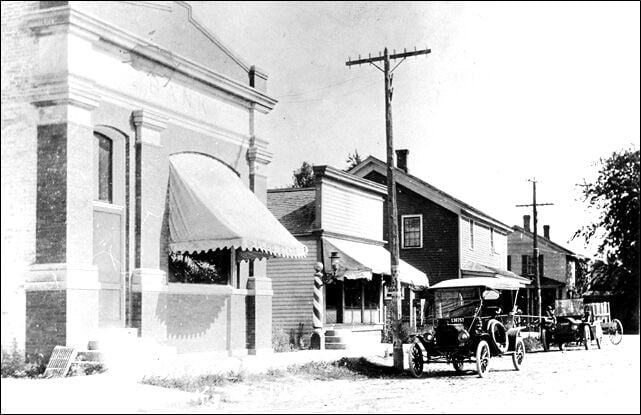 A view of Waldo State Bank circa 1915. Northeast corner of Depot and First Streets. 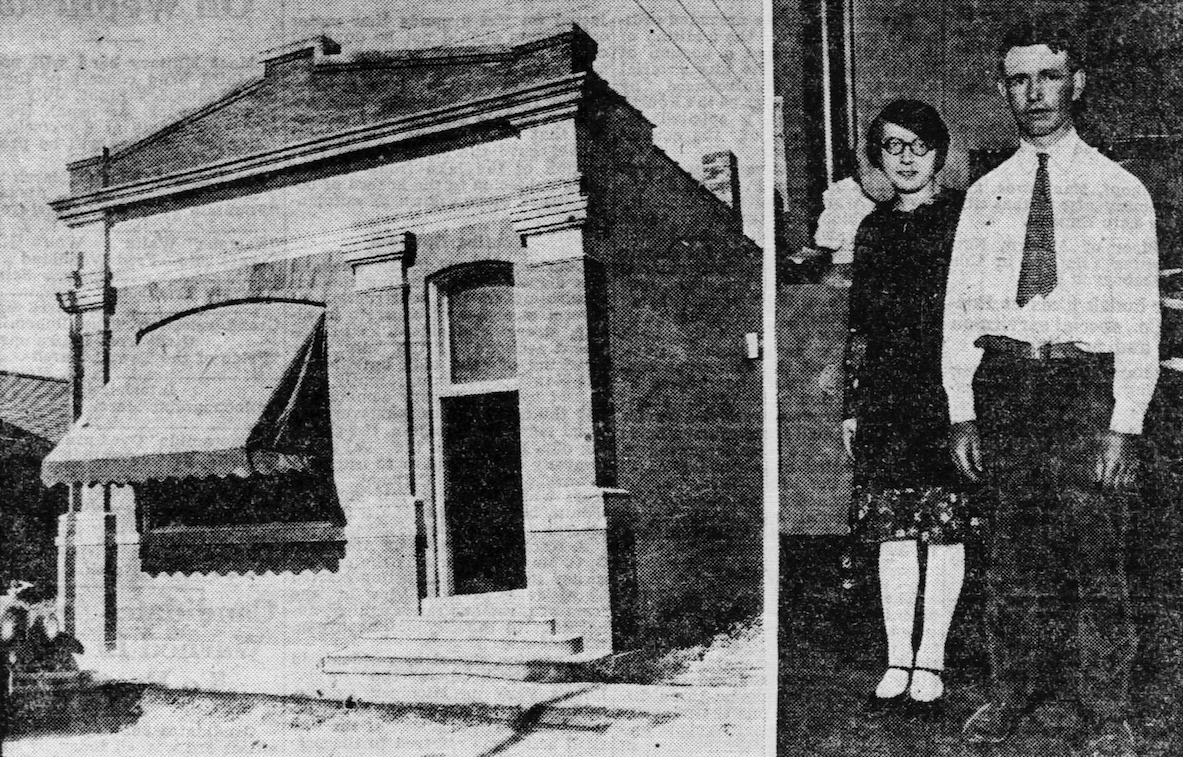 The scene of the 1917 holdup, at left, and victims of the bandits. At left is Miss Irene Sprangers, bookkeeper and clerk and at right is Chester Harrison, assistant cashier. 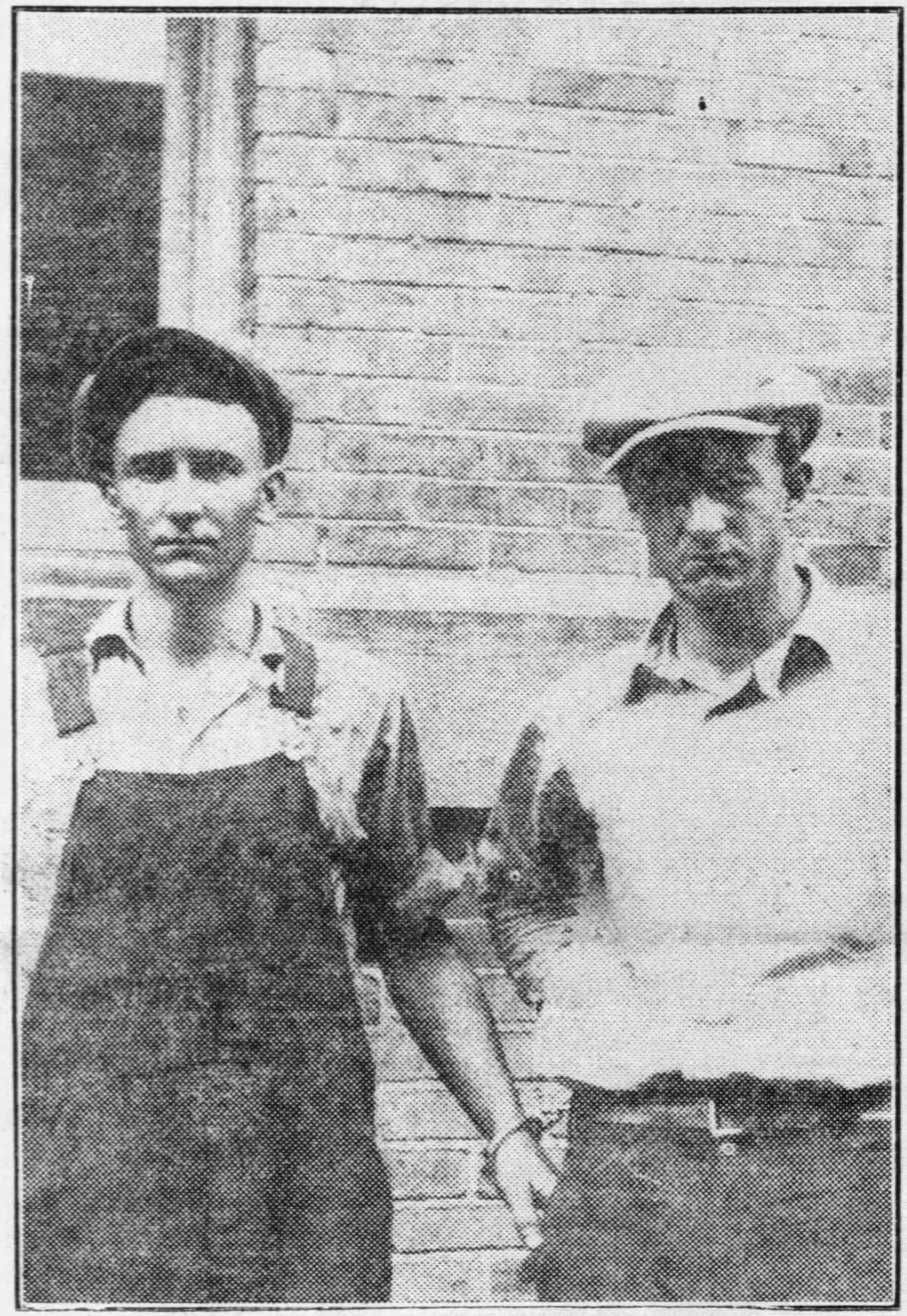 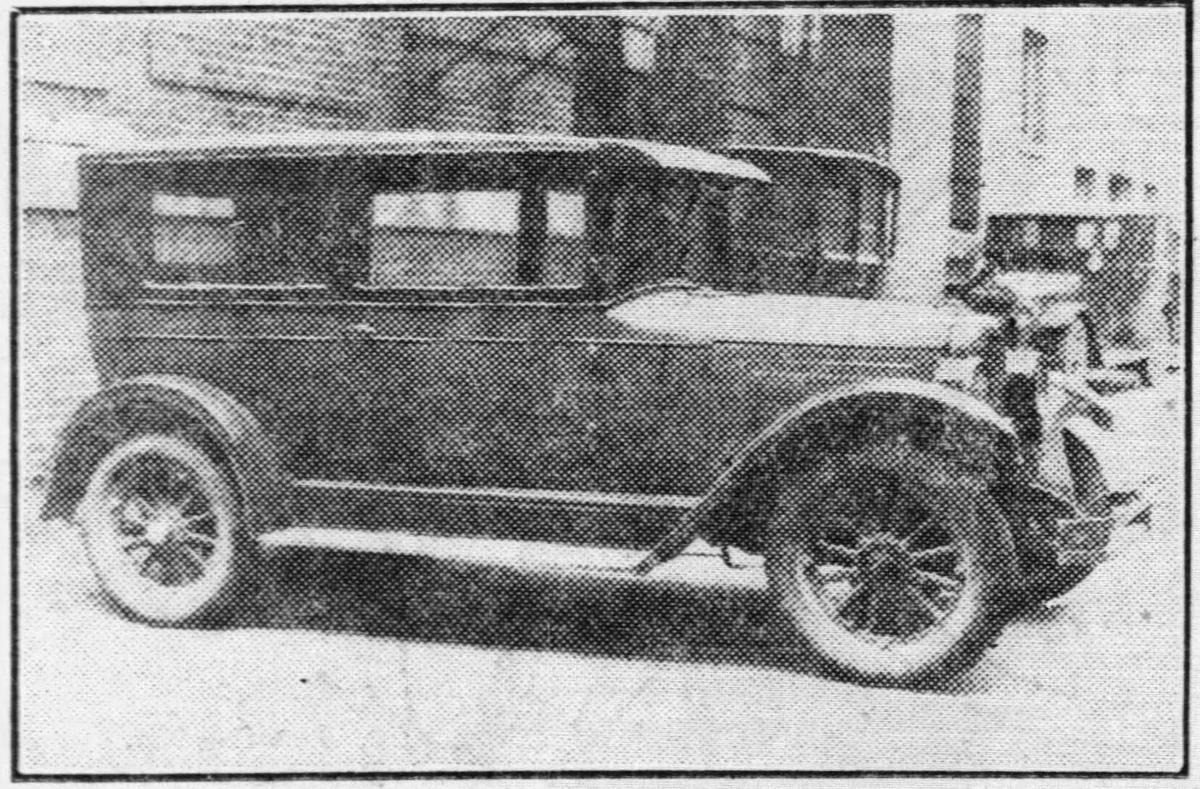 This blue Whippet sedan was believed to have been the car used by the Foster brothers. Note the missing front hubcap, a valuable clue. 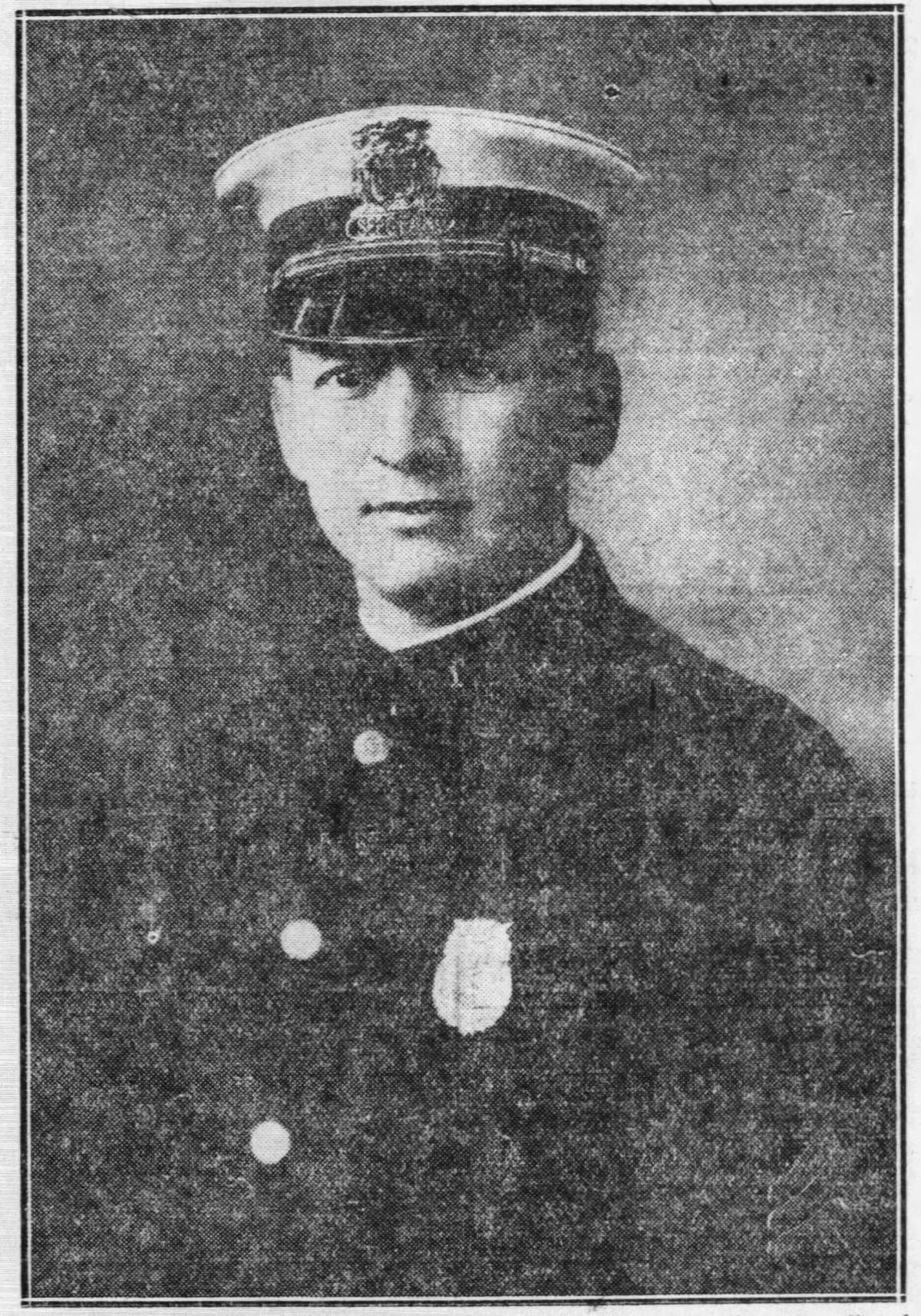 On Thursday, October 11, 1917, the small business on Depot Street was the target of Yeggmen, or safecrackers. Thieves broke in sometime after closing and stole $1,200 worth of stamps and $71 in pennies, but they missed $1,800 in cash. Using acetylene torches, the crooks ruined the vault door as well as the outer safe door but were unable to penetrate the safe itself. The stamps were the surplus stock of the post office deposited by Postmaster William Peterson.

David J. Holbrook, assistant cashier of the bank, said he was the last to be in the bank Wednesday evening, entering the bank about 7 p.m. to fix the fire and use the telephone. The next morning when he entered the bank at 8 a.m., he found the Yale lock broken and knew something wrong. Once inside, a yawning hole in the safe door gave evidence of a robbery and Holbrook called authorities.

Residents of Waldo quickly came forward to give evidence. Mrs. Ella Wiggin, a nurse attending a patient in the house of Clarence Beeckler, located two blocks east, heard an automobile going eastward at high speed at 4 a.m. J.P. Flanagan, who lived in Cascade, heard one going in the opposite direction about 5 o’clock, either of which may have been the getaway car.

As Waldo was the second area robbery of the day, the Wisconsin Bankers Association urged banks to watch for Yeggs and strangers and to take extra precautions for the next month. Three gangs were recently released from state prisons and were known to be in the Sheboygan County area. They mentioned each bank might want to acquire a private watchman with a shotgun until the threat was neutralized.

This heist was never solved.

A second attack took place on July 11, 1928, at 1:30 in the afternoon. This time, a pair of young robbers, Tallmadge and Austin Foster, both in their early twenties, entered the bank, and asked Chester Harrison, assistant cashier, for a $160 bank draft.

As Harrison helped Tallmadge, the robbers set their plan into action and instead demanded cash. Austin Foster kept his revolver leveled at Miss Sprangers, the bookkeeper, as Harrison transferred the money, about $761. Once the money was in hand, the thieves quickly left the bank and disappeared, direction unknown.

Very quickly, Chief Walter Wagner of Sheboygan and Chief George of Sheboygan Falls took charge of the investigation, sending teams out to gather evidence. Freedom was fleeting for the criminal pair.

Sharp observation by farmer William Debbink put officers on the track of the bandits. Debbink, whose farm was located three miles south of Ourtown, spied two strangers parking a blue sedan behind his barn. Debbink and his son, Henry, saw the two from a field and went to check them out. The farmer knew nothing about the Waldo robbery until the next day but didn’t like the look of the young men. Debbink ordered the men away. The next morning after reading the local paper, he knew he had seen the thieves and called the police.

Debbink said the Fosters mentioned they were traveling washing machine salesmen, but they erred when they failed to leave the area. Both worked at Vollrath Co. in Sheboygan and were quickly taken into custody and positively identified by witnesses.

Waldo bank was robbed for a third time about 8:00 p.m. on Friday, February 20, 1981, by a 32-year-old Plymouth man. Frighteningly, he also abducted one of the bank tellers at knifepoint and stole $800 to $900 in coins. The teller made her escape some 3 ½ hours later in Milwaukee, and the suspect was soon caught.

Hopefully, three times was a lucky charm, and Waldo State Bank will never again suffer the dangers of a bank heist.

History Uncovered: Our own Flying Nun