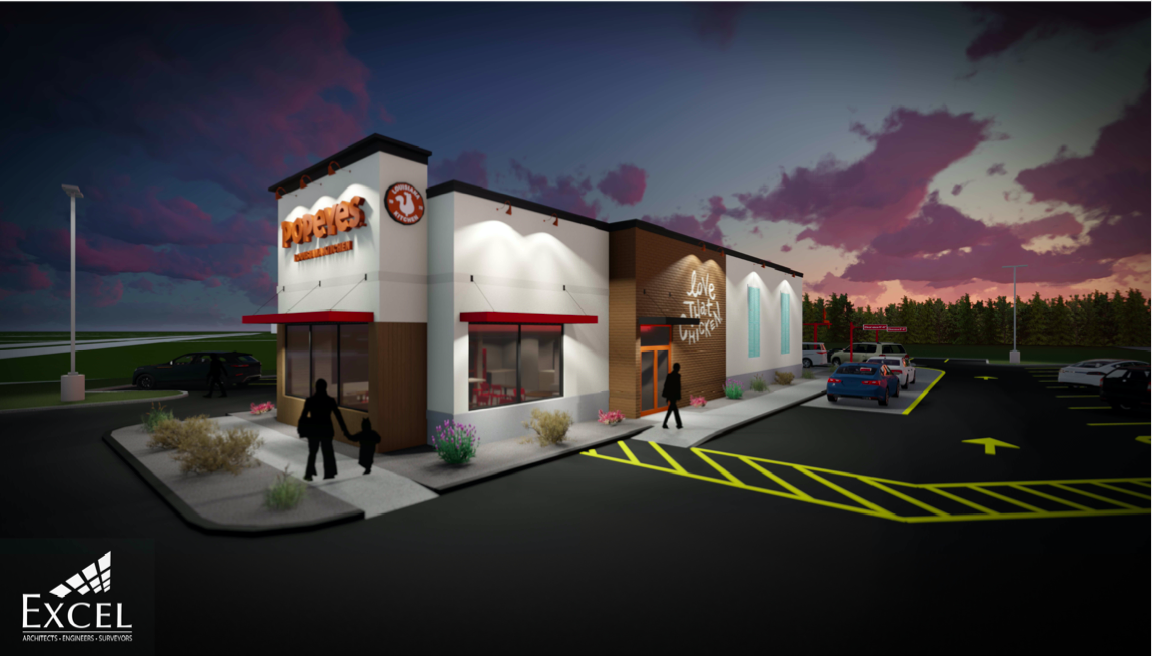 The new proposed structure at 3207 S. Business Drive, Sheboygan, will include a Popeyes Restaurant and include a second plot to the south to be developed. 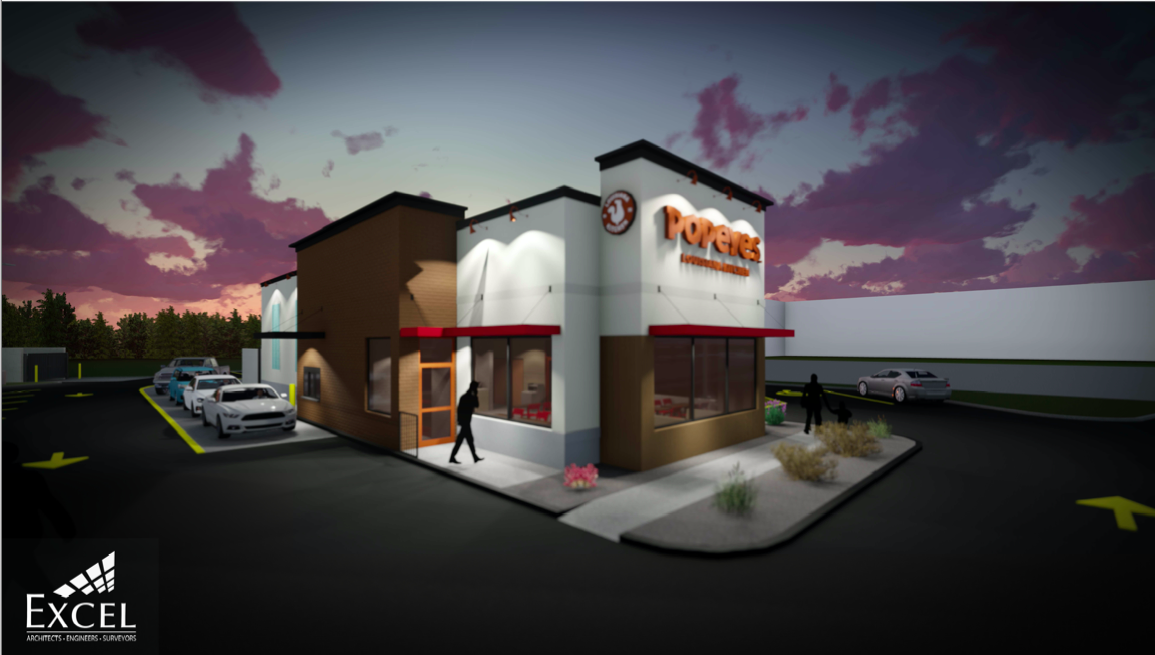 The proposed Popeyes Restaurant at 3207 S. Business Drive, Sheboygan, will include a drive-thru and indoor dining.

SHEBOYGAN — At Tuesday's City Plan Commission meeting, the committee approved SmitCo Eateries' application to build a Popeyes Restaurant at 3207 S. Business Drive in Sheboygan at the site of the former Ryder Truck facility.

The proposed restaurant will be 2,600 sq. ft. in size and construction is expected to begin as soon as possible according to SmitCo Eateries, Inc. CEO Matt Rodriguez.

The building plan, which can be found here, also includes an additional plot to the south that would be a similar structure to be sold off to another developer. The existing drive way would be utilized for the restaurant and the plan includes 32 parking spaces.

At this time, Rodriguez said no other developers are involved yet for the south plot.

"We have a development agreement with Popeyes to develop 15 restaurants in the corridor of Wisconsin from the shores of Lake Michigan to the Minnesota state border. We started in Green Bay and Appleton, and now we have locations in Fond du Lac and Manitowoc, so Sheboygan is the next best fit for that market," Rodriguez said in the meeting. "We've been interested in coming to Sheboygan, it's just been a matter of finding the right piece of property that makes sense, and we seem to have found that space."

Popeyes Louisiana Kitchen is a fast food restaurant chain that sells mainly fried chicken. Some of its most popular dishes include chicken sandwiches, wings, tenders, nuggets and legs as well as popcorn shrimp and a variety of sides including mashed potatoes with gravy, Cajun fries, Cajun rice, green beans and biscuits.

[thumbup] Can't wait, tried of driving over 22 miles just to get the best chicken sandwich.