SHEBOYGAN — A new bar with one-of-a-kind Sheboygan views will be opening this weekend.

Bar 43, located on the second floor of the Harbor Centre Maria, will have its grand opening from 4 p.m. to midnight Friday, April 2. Situated just north of the Sheboygan Lighthouse, Bar 43 offers some of the city's best views for both harbor visitors and locals.

"We're not going to be your typical Sheboygan dive bar," marina and bar general manager Matt Bauer explained. "The general atmosphere is a place where you can go and hold a conversation and enjoy the views. You can have a good time, but it's more about the relaxation and conversation."

The interior of the bar is a large, open floorpan with floor-to-ceiling windows emphasizing its best feature. You'll also find a large traditional bar, high-top tables sprinkled throughout with big screens and a smaller, cozy lounge area with couches. Step outside to get even closer to the water with two-story and three-story views and comfortable fire pit seating areas with heaters for the cold-weather seasons. 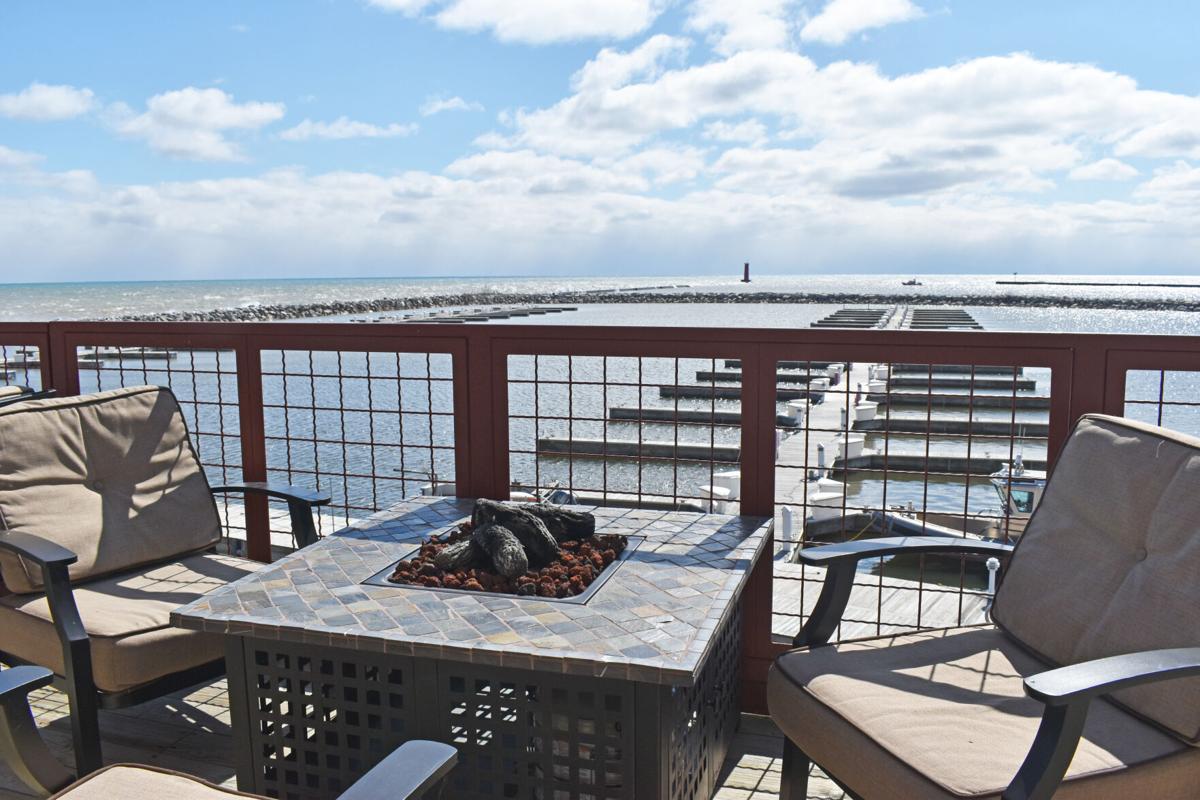 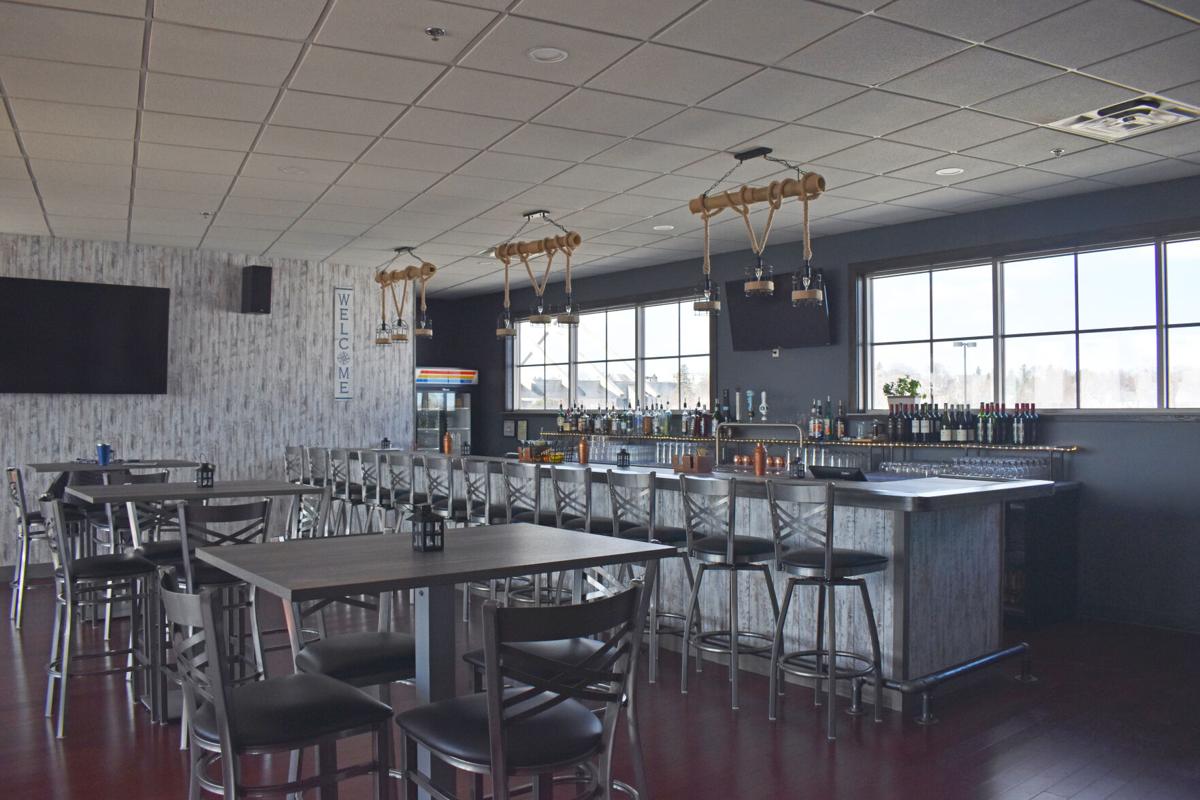 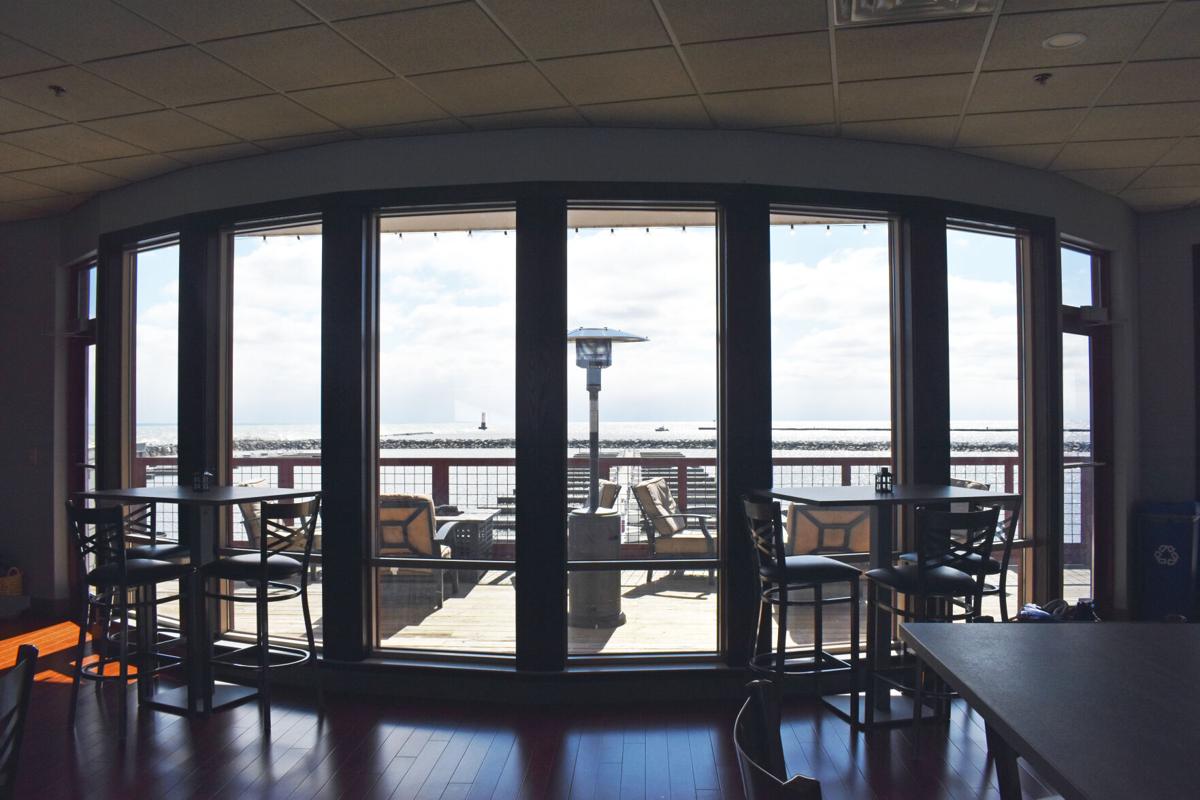 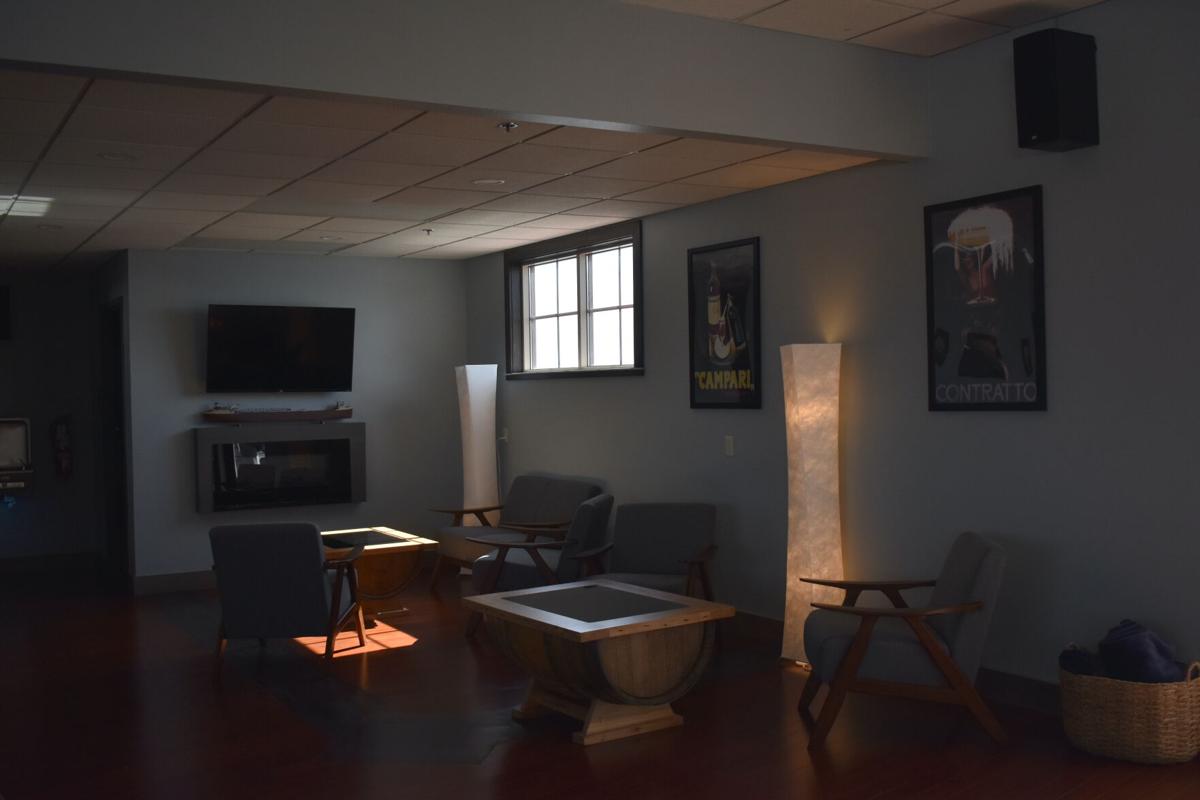 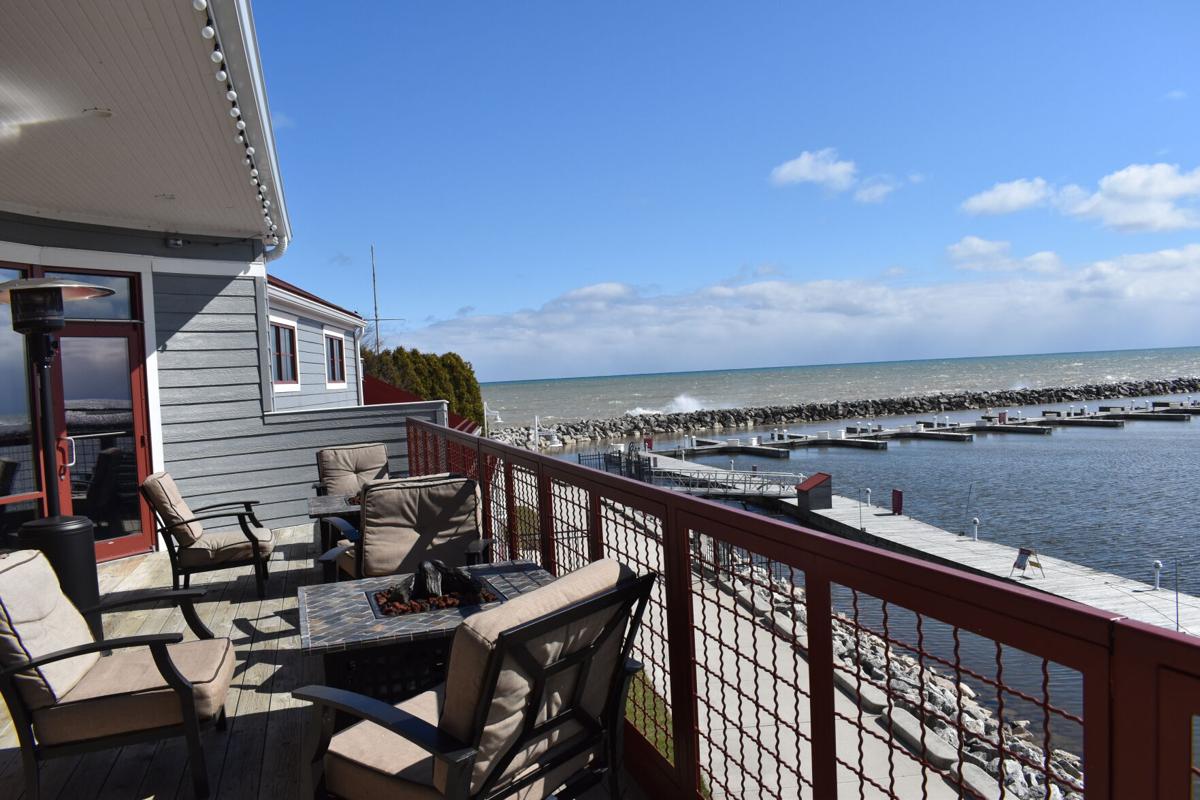 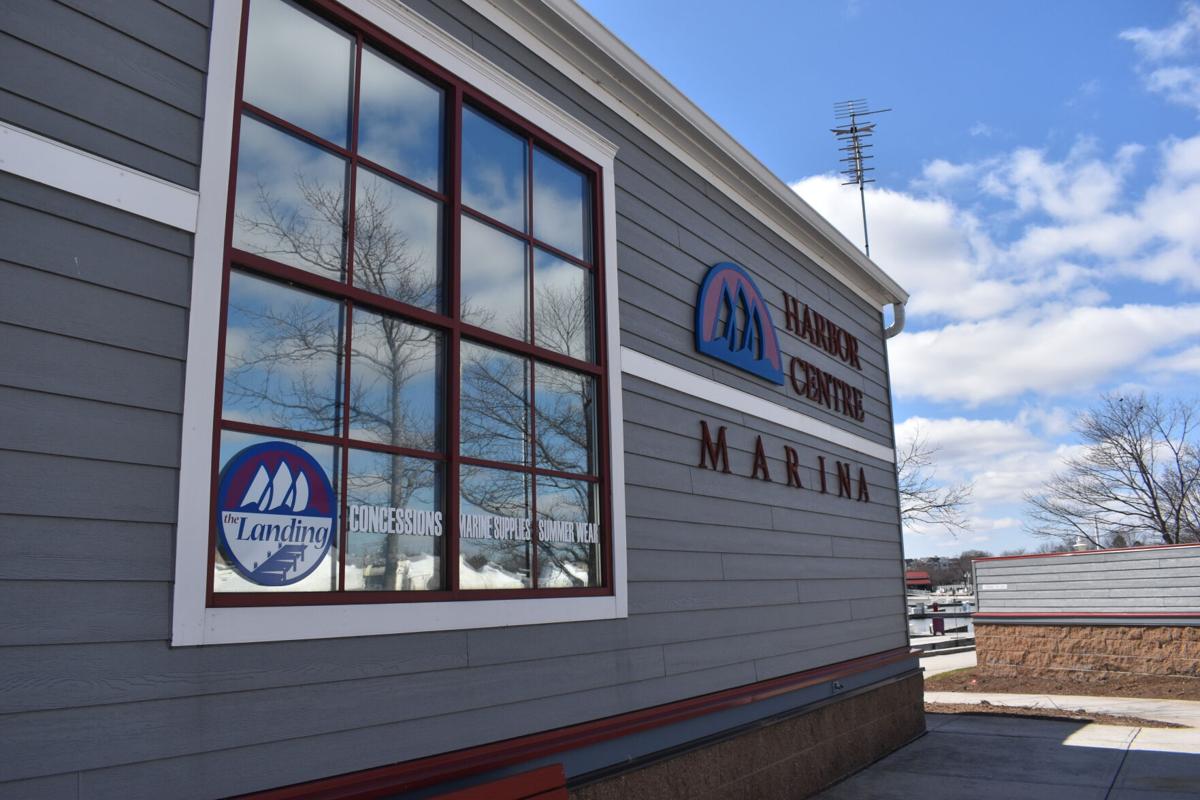 The bar will feature a little bit of everything including signature cocktails, tap and bottled beer both from major retailers and local breweries, house wine and more. The first-floor shop already offers summer concessions including ice cream, pizza, nachos and pretzels, so the bar will be serving those up as food options. Bauer plans to connect with local restaurant and food truck owners to provide more food options down the line.

"We had this space up here that used to be a boaters lounge, but it was a really big space just sitting vacant most of the time," Bauer said. "A couple years back we tried a third-party wine bar up here, but it wasn't as successful so we wanted to bring in everything in-house and running it as one big operation."

The marina also has a first-floor shop that sells boat essentials, Sheboygan and Harbor Centre Marina merchandise and the summer concessions.

"A lot of people have the mentality that this is all only open to boaters down here, but it's also open to the public, so we've been trying to work to change that," Bauer continued. "It's going to be a wonderful addition for the boaters, but it's also an amenity to the Sheboygan community. We've been working on marketing and branding to try and get people to come down here for ice cream, coffee, snacks, that kind of stuff.

"We hope we'll get to a really good point where we have both (a mix of boaters and locals)," Bauer continued. "We can't really survive without both. We're hoping to be an important asset to boaters and then being open year-round for the locals as well. Then in the offseason, we're looking to do private events like bridal shower parties, Christmas parties and things like that."

Bar 43 will be open on Fridays and Saturdays in April with the hope to add more hours and days of operation as summer approaches, with the goal of being open seven days per week from Memorial Day to Labor Day.